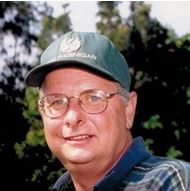 
Charles Ronald "Ronnie" Finger, age 73, passed away Monday, September 17, 2018 at his home in Richmond Hill, GA. He succumbed to cancer after a long hard-fought battle. He was born in McMinnville, TN on October 28, 1944 to the late Charles and Katherine Harris Finger.

Ronnie was a retired Senior Vice-President of insurance claims. He took a job in Nashville, TN and then transferred with the company to Albuquerque, NM. This is where he and his family settled for a little over a decade until a new position pulled him to Charleston, SC. He had one last move in store to Savannah, GA where he spent the last decade of his career. He was an avid golfer with a passion for the sport, and after his retirement, he played golf as often as he could until he became ill. He was a wonderful husband, father and friend. He will be deeply missed by all that knew him.