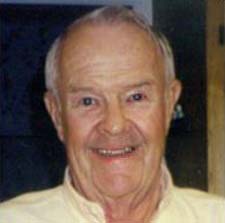 Survived by his beloved wife, Marilyn of 61 years and his brother, Peter. To his daughters, Deborah (David) & Lisa (Ronald), he was a pillar of strength and unconditional love. Dave was an adoring 'Grampy' to his grandchildren, Christopher (Nicole), Meghan, Kelley and great-granddaughter, Lucy. He is also survived by a niece, 3 nephews and their families whom he loved very much.

Upon his departure from the U.S. Coast Guard, Dave began his career as a mechanical engineer at the Dolomite Group, where he worked for over 60 years. He was a devoted and generous father and grandfather, an integral part of his Dolomite family, and an avid sailor who was most at home on the open water. He believed in hard work, the dominance of the NY Yankees, and an ice cold Kendall Jackson on the rocks.

His strength of character, loyalty to his friends, and unconditional love and support for his family will forever be remembered. Friends are invited to attend a Celebration of Life Service at the Rochester Yacht Club on Tuesday, Sept. 24th at 11:30 AM, followed by a luncheon reception. In lieu of flowers, donations may be made to the Salvation Army and Wounded Warrior Project. Arr. by Leo M. Bean & Sons Funeral Home.