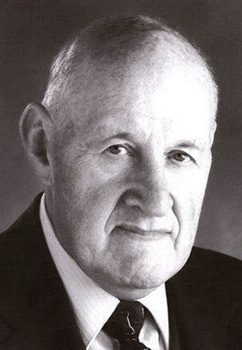 
Although his obit says he was born in 1920, his name does not appear with the family on the 1930 census.

Louis was a World War II veteran of the Army Air Corps.

On a bombing mission to attack the Ploesti oil fields in Romania, his plane was shot down and he bailed out over Yugoslavia, where he was rescued by Partisans.

His law studies at Yale were interrupted by the war. When he returned, he finished his degree and joined the Wilmington law firm of Richards, Layton & Finger, founded by his father, Aaron Finger.

In his younger days, he enjoyed playing bridge and sailing. He was a big music fan with eclectic tastes that ranged from the classical to Tommy Dorsey and Benny Goodman. He enjoyed playing the piano for family and friends.