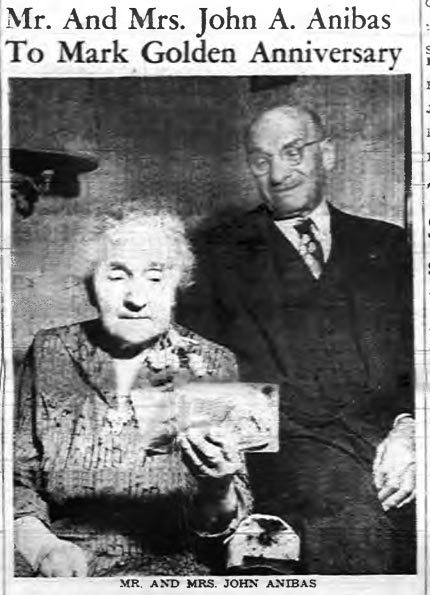 Mr. and Mrs. John A. Anibas 218 South Ninth Street will observe the fiftieth anniversary of their wedding Monday, May 29.

The couple was united in marriage at St. Mary of the Angels Church, May 29, 1900. She was formerly Johanna Wysock [Schoenberger], Salamanca [Cattaraugus County, New York].

The couple have spent their entire married life in Olean and have lived at their present address for approximately forty-two years.

Mr. Anibas is a retired employee of the Union Tank Car Company. He retired in 1939 after thirty one years of service.

Mr. and Mrs. Anibas have received many cards and congratulatory messages in observance of their anniversary. - Olean Times Herald May 27, 1950