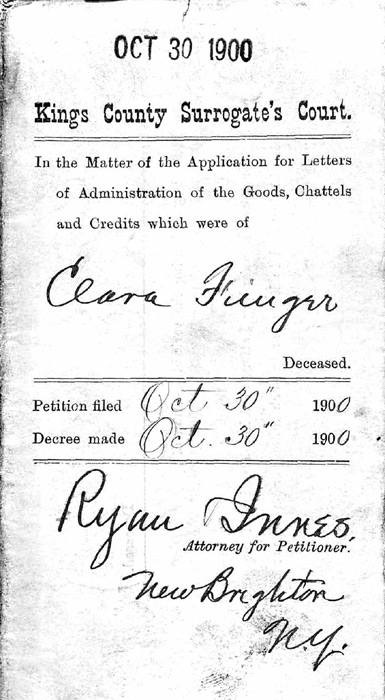 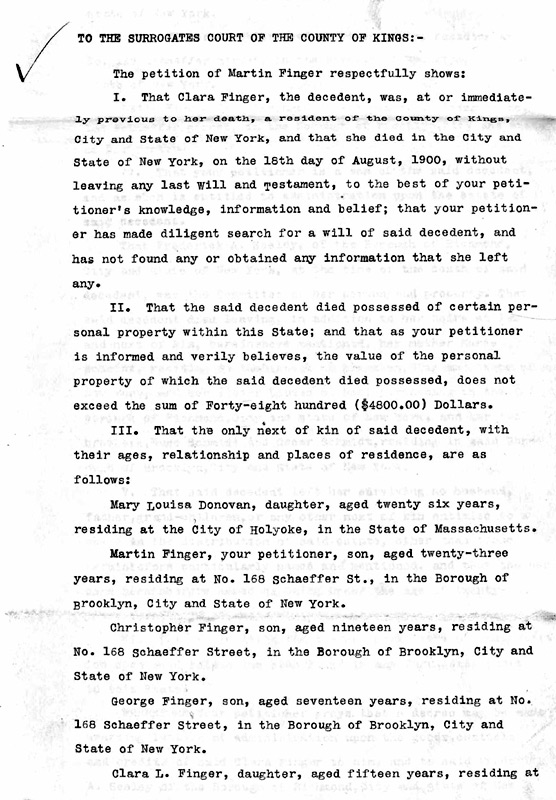 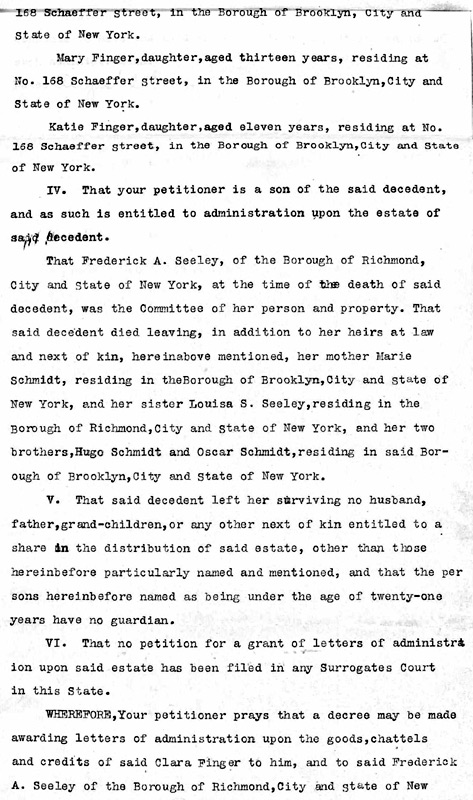 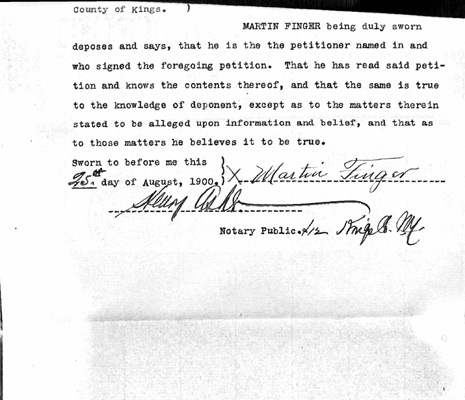 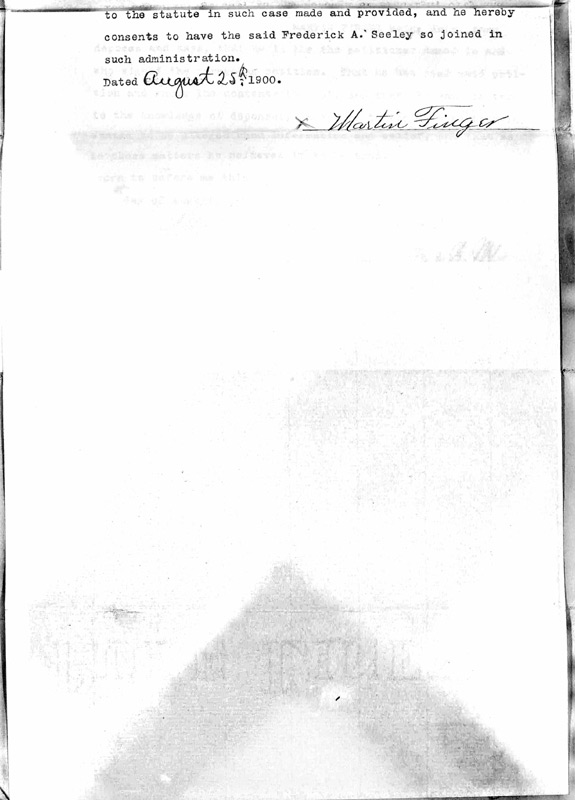 <<< Her estate probate. Frederick Seeley is her brother-in-law.


Mrs. Clara Finger, of 168 Schaeffer street, has the hallucination that she has lost herself and her children, and that she is going to the end of the world. She was formally declared insane by a jury yesterday.

She is now in the Wave Crest Sanitarium, Astoria, and Frederick A. Seeley, of Port Richmond, S. I. [Staten Island], has been appointed a committee of her estate. He is her son-in-law.

It was shown on the examination that Mrs. Finger lost a sum of money in a business transaction about a year ago, and six months later she commenced to act in a manner which indicated that her mind had become affected.

Her mother, Mrs. Mary Smith, first noticed the change and procured her medical treatment, but she positively refused to take medicine. One day Mrs. Finger enticed her daughter, Clara Louise, into a closet and declared she was going to turn on the gas and they both would die. The daughter forced her way out and fled from the house in terror.

Mrs. Finger, it was testified by Dr. I. I. Kindrick, subsequently attempted suicide by twisting a handkerchief about her neck, and also by battering her head against a hard wall. Drs. McNaughton and McComher both pronounced Mrs. Finger's disease aggravated melancholia. Before she made the attempts on her life she wrote a letter to her children directing them to pay the taxes on her property. Mr. Seeley stated that his mother-inlaw was owner of the Schaeffer street house, worth $4,500 a farm in Plalnfield, N. J. nine shares of stock in the Steinway Piano Company, and had on deposit in three savings banks the total sum of $2,500.

She has seven children, several of them married. The Daily Standard Union July 19, 1900 page 12