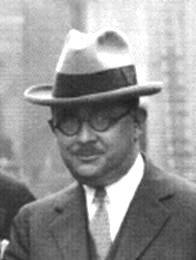 
Read his Biography (Off Site)

Immigrating to the United States in 1905, Joseph settled initially in New Orleans. He moved to Houston in 1908. He was a member of the American Institute of Architects.

He was also a member of Congregation Beth Israel, the Independent Order of B'nai Brith, the Houston Turn-Verein, the Westwood Country Club, Chamber of Commerce, and the Benevolent and Protective Order of Elks. - Obituary