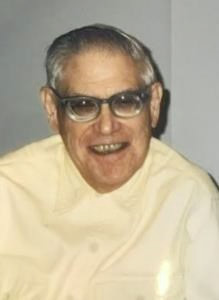 Bob graduated from East High School in Patterson and in 1956 received his bachelor’s degree from Syracuse University. He settled in Saugerties and began a 30 year career at IBM in Kingston retiring in 1986. An avid fisherman, as a teenager he participated in many competitive casting tournaments. In his retirement years his hobby was creating custom made fishing rods. He was a life member of the Saugerties Rod and Gun Club, where he enjoyed target shooting, teaching firearms safety, stocking the local streams with fish, and pheasant hunting with his dog, Dutchess. He was a former member of the High Woods Sportsman Club. An avid reader of military history and ships he also enjoyed listening to his collection of New Orleans Jazz.

Survivors include his wife, the former Mary Comella, with whom he recently celebrated his 62nd wedding anniversary; his cousins, Matthew Hering of Tennessee, Barbara Wells of Saranac Lake, and Carol Luther of Saugerties; sisters-in-Law, Rose Newhart and Alethea Comella of Rochester; and several nieces and nephews.