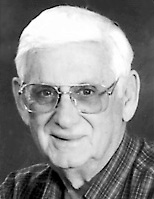 
FINGER, BEN - of Friendsville died Saturday, May 16, 2009 at home with his wife and family at his side. He was born May 23, 1927 in Blount County, the next to the youngest of 8 children. He was preceded in death by his parents, Luther and Hattie Purkey Finger; two toddler sisters, Edna Finger and Ruth Finger; brother and sister-in-law, Gordon and Mary Graves Finger; sister and brother-in-law, Daisy and Raymond Graves; brother, Burl Finger; brother and sister-in-law, Max and Mary Etta Harmon Finger; nephews, L.H. Graves and Richard Finger; nieces, Joan Finger Hipps and Dorothy Graves Beasley; parents-in-law, Joe and Ada Johnson Guider; step father-in-law, Richard Endsley; brothers-in-law, Charles Guider and Edward Gregory; sister-in-law, Jean Guider.

Ben Finger was a witty, generous kind man who loved his life and lived with great determination. He was blessed with the ability to remember events, dates, and details. He attended Friendsville High School, served in the Navy from 1945-1949. He became a member of the Alcoa 25 Year Club in 1977 and retired in 1989 with 41 years of service. He attended Unitia Holiness Church serving as treasurer for 30 years.