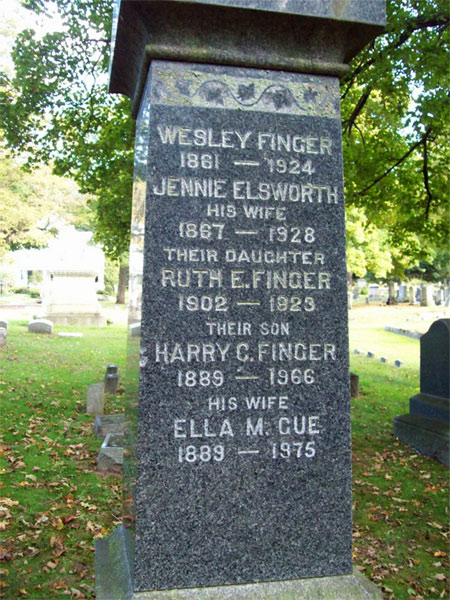 Harry Finger and his dad Wesley were owners of a dairy in Kingston, and did the bottling at the dairy. Wesley was actually the owner-operator of the dairy and did much of the delivery himself. - Jude Holdsworth

Because somebody had pushed his parked and locked automobile into a bus stop in Market street near Cannon street on Christmas night, Harry C. Finger, 48, of 25 Oakwood boulevard was cleared of the traffic violation. Mr. Finger told City Judge Corbally last night in traffic court that had driven his wife and daughter to a theater and had pulled his car into the bus stop and then backed clear of the white marks. He locked the car and when he returned about two hours later found the machine completely in the bus stop and about three feet from the curbing. Motorcycle Policeman Van Wagenen who placed a ticket on the car for the violation said that the machine was about two or three feet from the curbing when he saw it. The complaint was dismissed. - Puoghkeepsie NY Eagle News Dec 31, 1935