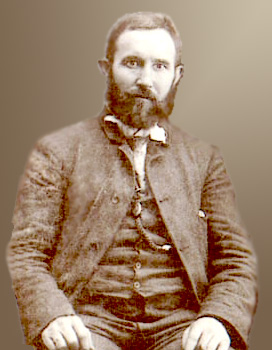 
Wilmar and his wife Liberta settled in Perry County, Missouri in the fall of 1883, buying 200 acres just south of the small town of Seventy-six for $1,300. Their first son Paul was born earlier in Germany and came over after the couple settled.

Wilmar was the Director of the Union Public School Board for a time in the early 1900s. He was known as a 'gentleman's farmer,' one who mostly rented out his land.

His main occupation was as a salesman and distributor of a St. Louis German newspaper: the Westliche Post. In additon, the couple sold timber from their farmland and used their large farmhouse as a place for travelers to board from nearby Seventy-six landing. - Richard Finger

Found Willmar Finger age 28 and his wife Liberta age 21 on the passenger list of the ship German S. S. Westphalia, departing Germany on 8 May 1883 for New York.