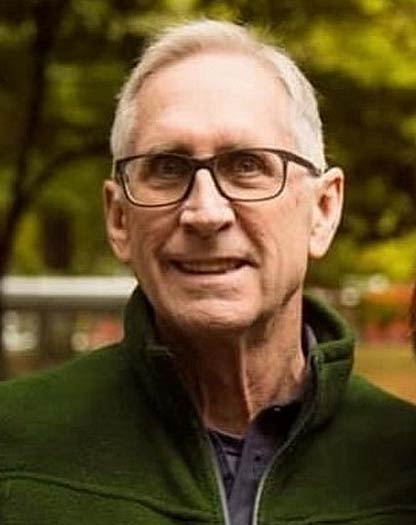 
Mr. and Mrs. Harold M. Finger of E. Main St. announce the birth of a son on Sept. 16 at Our Lady of Victory Hospital. He will be named Thomas Eugene. They have another child, David Harold. Mrs. Finger is the former Miss Roberta Stanes. - Hamburg Sun

Tom Finger is the son of Mr. and Mrs. Harold Finger of Eckhardt Road, Eden. He is a member of the National Honor Society and the Student Council. He is a Varsity letter winner in baseball, and is treasurer of the Varsity Club. He has also been active in Intramurals. Tom is a Regents Scholarship winner. Next year he plans to attend the State University of New York at Buffalo where he will major in geology. He later plans studying oceanography on a graduate level. - Frontier Herald May 5, 1965 page 28

Throughout the joys and challenges in his life, Thomas lived with kindness, humor, generosity, and deep love for his family. Born in Buffalo, NY on September 16, 1947, he was the second child of Harold May Finger and Roberta Helen Finger (nee Stanes).

He spent many happy years in Western New York with his extended family and recalled with fondness playing in the pine tree woods, hiking around the family cabin in Franklinville, and playing on the Eden Raiders, Boston Town and SUNY Buffalo baseball teams - often with his best friend and brother Dave. Thomas and David were very close and did a lot together, they were not only brothers but best friends. David died serving in Vietnam and Thomas took it very hard.

Thomas was a very, very smart man. He expected you to be knowledgeable, or else he would smother you in his knowledge. Thomas taught his sister Karen how to drive while singing Jeremiah Was A Bullfrog out on the country roads as his car was bullfrog green.

He married Kathleen Ann Szabo and with whom he shared two children. After the birth of his children Thomas, David and Christina, he relocated to Allen, Texas where he met and married his second wife Stacy Erin Finger. They shared a long marriage of love, service, and deep conversation.

Thomas worked in systems management for Electronic Data Systems and later Hewlett-Packard, retiring in 2012. He and Stacy then moved to Portland, Oregon where he enjoyed his retirement exploring nature and his new city. He will be remembered in many ways. Some might recall him with a smile, cracking a joke. Others may remember the way he'd reach out to everybody, taking the time to chat with stranger and friend alike. From his best friends to those at his favorite greasy spoons and cafes, he was beloved by all that knew him, and he will be greatly missed.