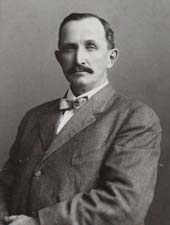 
On Wednesday, February 6, the marriage of Mary C., daughter of Mr. and Mrs. Morgan Link, of the town of Taghkanic, to Mr. Lewis Fingar, occurred at the residence of the bride. The ceremony was performed by the Rev Mr. Empie, and at its conclusion the bride and groom received the congratulations of about seventy guests.

After all had been presented to the happy couple, they were ushered into the dining room, where the menu had been provided. The inclemency of the weather, and the miserable state of the roads, prevented many from being present.

The bride was the recipient [of] many costly and elegant gifts, among others a beautifully designed marble-top stand presented by Mrs. Wilson Potts. Many elaborate and expensive costumes, made purposely for the occasion, were worn. The happy couple took the 10:49 train from Hudson, Thursday morning, for New York. MUCH JOY. - The Register February 15, 1884

His name is not listed with the family on the 1860 Livingston, Columbia, New York census (img 45).

Found him on the 1900 Gallatin, Columbia, New York census (dist 12 img 3) as Lewis Fingar, age 40, mfr. He is living 3 doors down from his brother William Fingar.

Found him on the 1920 Gallatin, Columbia, New York census as Lewis Fingar, age 60.


Lewis Fingar, a former supervisor of Gallatin, died at West Lebanon, July 20th. Funeral was private from the Finck funeral Home on Friday, July 22nd with interment in St. Thomas Cemetery at Churchtown.

Lewis Fingar married Mary Link, who survives him. They were the parents of four children, who also survive: Morton L. of Gallatin A. Howard of Greenport Ida, Mrs. E. S. Westfall of Hudson and Hazel, Mrs. Edmund G. Rockefeller of Germantown.

He is also survived by eight grandchildren and at least one greatgrandchild, of the grandchildren are those of Mr. and Mrs. Morton L. Fingar, Clyde, Doris, and Glenn, all of whom were born in Gallatin and have always lived there, Howard and Hazel, son and daughter of the late Lewis Finger, were also born in Gallatin. One sister, Mrs. Rosetta Stickles of Clermont, also survives him. The Register Herald Pine Plains, New York, July 28, 1938.