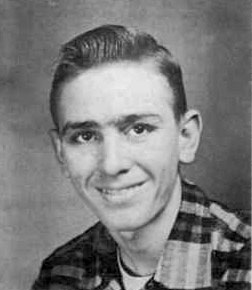 He was born January 21, 1936 in Steubenville, OH the son of the late George and Mamie (Stillwell) Fingers.

Ed was a member of the St. Francis Roman Catholic Church of Toronto, OH; Toronto Knights of Columbus Council No. 2187 and the Toronto American Legion Post #86.

He was a 1954 graduate of Toronto High School and served his country in the U.S. Army.

Ed had worked for the former Federal Paperboard Co. of Steubenville, OH; retired from the Ohio Edison Co. (First Energy) Toronto Power Plant after which he served several years as a bus driver for the Toronto School District.

He was preceded in death by his parents; brother, George Fingers and sisters, Jean Rice, Shirley Izor and Donna Elliott.