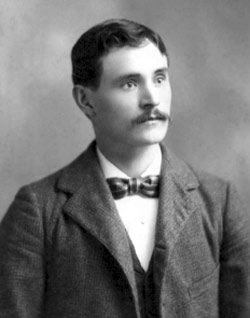 
Michael Harry Fingar was always called Harry. The oldest of three brothers, he was named after his two grandfathers, Henry (called Harry) Kilmer and Michael Finger.

He was a blacksmith, a trade he learned from his wife's family when he married. - Larry Boddy